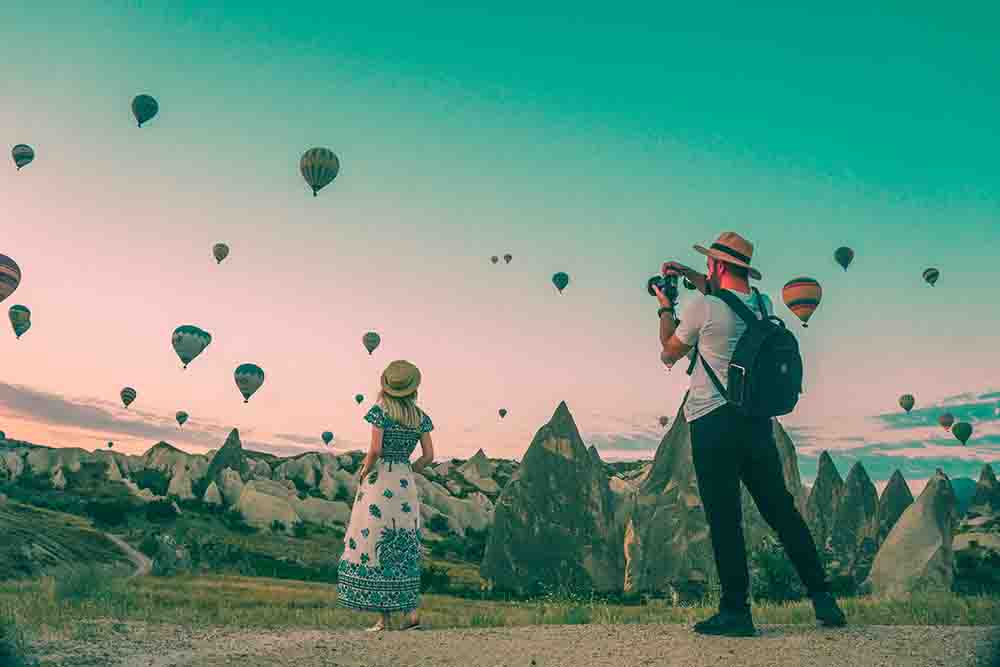 Cappadocia has several UNESCO World Heritages and has become a very popular region among tourists. This is because Cappadocia is known for its unique and breathtaking natural beauties, such as fairy chimneys, cave houses, underground cities, and of course the hot air balloon experience. The following 10 things to do in Cappadocia are must-sees and you won’t be disappointed.

The city of Cappadocia is an easy place to live, so you don’t have to worry about being bored. However, there are a few things that you should do at least once when you are there.

Top Things To Do In Cappadocia

If you are planning to travel to Turkey, chances are that you will also visit Cappadocia. The town of Goreme is one of the most popular destinations in the country and with good reason – the region is absolutely stunning!

Here are some of the top things to do in Cappadocia:

The Goreme Open Air Museum is one of the most popular attractions in Cappadocia. The museum is also a UNESCO World Heritage Site, and it houses several ancient churches, chapels, and monasteries that have been carved into the rock formations of the area, which are known as fairy chimneys. The museum also has a monastery, which was built during the 11th century and has some of the most stunning frescoes that you will ever see.

This should be the first stop you should make when you arrive in Cappadocia. It features a collection of decorated cave churches and monasteries, some of which are more than 1,000 years old!

The frescoes inside the churches depict scenes from the Bible, as well as portraits of saints and martyrs. Some paintings even have ancient Turkish-language inscriptions.

When visiting, it’s important to dress appropriately wear something that covers your shoulders and knees.

Hot air balloon rides are a must when visiting Cappadocia. The spectacular scenery will take your breath away as you glide above the fairy chimneys, colorful valleys, and ancient caves.

You’ll float right up next to the rock formations and get an up-close and personal view of the fascinating landscape. You can add an extra wow factor with a sunrise flight or by taking an adventure flight that includes champagne and a photoshoot.

There are about 80 balloons operating each morning, so it’s highly recommended that you book your flight as far in advance as possible. The balloon rides start early every morning around sunrise and last approx 1 hour depending on weather conditions. The best part is there is no age limit so anyone can take part!

If you have a fear of heights, don’t worry! The hot air balloon ride itself is very smooth and you can barely feel any movement once you’re up in the air. If you happen to be afraid of heights, this could be a great way to face your fears.

Esentepe, which means ‘hill with a view’, is an excellent spot for an afternoon of hiking and a view of the sunset. You can find this hill in the northwest part of Ürgüp and it’s about a 30-minute hike up to the peak. There are also many different places along the way to stop for photos and admire the scenery.

It’s nice to take your time on the hike because there’s not really any rush since it’s just a nice, relaxing walk up to the top. If you have time afterward, I also recommend checking out some of the other hiking trails that start at this location as well.

This place is a beautiful town that features the famous cone-shaped rock formations known as fairy chimneys. It is also home to some of the most spectacular caves in Cappadocia, which are now hotels and restaurants that allow you to experience what it would be like to live in such a place.

A lot of the hotels offer tours of their cave rooms and stables, and you can even spend the night in one for an unforgettable experience!

Derinkuyu is the largest excavated underground city in Turkey and is one of several underground complexes found throughout Cappadocia. It was large enough to shelter approximately 20,000 people together with their livestock and food stores. This amazing place is a multi-level underground city, some of it as deep as 85 m. You can explore a number of the rooms and see wineries, kitchens, stables, chapels, bedrooms, storage rooms, and even schools carved into the rock.

Ihlara Valley is one of the most famous sites in Cappadocia which is located approximately 40 km south of Ürgüp and about 18 km north of Aksaray. From the village of Ihlara, it is possible to hike down to the Melendiz River at the bottom of the valley.

Along the way, you can see some of the churches carved into the rock on both sides of the valley. The main church that you will see at the beginning of your hike is Yilanli Church (Snake Church). The valley was formed by a series of volcanic eruptions that happened around 30 million years ago.

Camels are an important part of the culture of the Cappadocia region and you shouldn’t miss the opportunity to ride one of them. When you see the landscape of Cappadocia, you’ll understand why camels are so important for this region.

You can find camels scattered around Goreme village, the main tourist hub of Cappadocia; but the best place to ride them is in Avanos.

In Avanos, there’s an open field where camels are tethered together under the shade of trees.

Cappadocia is famous for its wines, and there are several wineries that offer tours and tastings. The most popular ones are Gülsehir Kayra Winery, Cappadocia Urgup Wine House, and Cappadocian Wine. If you’re visiting in October, be sure to visit the annual wine festival to taste locally made wines from over 50 wineries in Nevsehir province.

Wine has been produced here for hundreds of years and the region is home to many vineyards, most of which are in the villages of Ürgüp and Göreme.

The Red Valley is one of the best places to visit in Cappadocia and you can easily spend all day walking through it, enjoying the scenery and looking at the rock formations.

Uçhisar Castle is a great place to also explore your trip while in Cappadocia. The ancient cave town is located on the highest mountain in Cappadocia and has beautiful views of Pigeon Valley. It’s also an awesome place to watch the sunset! There are many different levels of the castle where you can walk around and explore.

How To Get To Cappadocia

Getting to Cappadocia, the site of fairy chimneys, underground cities, and hot-air balloon rides over a lunar landscape, is easier than you might think. Turkey is well-connected to the rest of Europe by both air and rail.

There are three airports where you can arrive in Cappadocia, which are; Kayseri Airport (ASR), Nevsehir Kapadokya Airport (NAV), and Istanbul Ataturk Airport (IST). Kayseri Airport is the closest airport to hotels located in Goreme and Uchisar.

How Long Should You Spend In Cappadocia?

If you have a very tight schedule, you could see the main sights of Cappadocia in as little as a day. However, I would recommend 2 days minimum if you want to visit the best tourist attractions in Cappadocia.

You can see all of the best attractions in Uchisar, Goreme, and Avanos in 1-2 days if you are short on time. However, I would strongly suggest that you spend at least 3 days in Cappadocia if you want to see all of the highlights of this amazing region.

There is so much more to Cappadocia than the main tourist sites. If you want to go hiking or explore more remote valleys, such as Red Valley and Rose Valley, I would suggest staying for at least 4 days.

Some people choose to stay for a week or more when they visit Cappadocia because there is so much to do here. If you love hiking or trekking and want to get off the beaten path, then 5 days is the minimum amount of time that I would suggest spending here.

Is 2 Days Enough In Cappadocia?

Yes, 2 days, 3 nights is enough time to see the sights of Goreme and Urgup (areas within Cappadocia) as well as experience the hot air balloon ride.

Cappadocia is worth seeing even if you only have one day there. One day is enough to see all of the main sites in Goreme as well as Uchisar castle and some of the underground cities. If you have more time you can also do more hiking around the rock formations or go horseback riding up into them.

Travel is all about discovery. We travel to see new things, to meet new people, and to learn about new cultures. Cappadocia is a magical place in that it has so much to offer visitors of all types, even in the winter months. Whether you’re looking for a luxurious getaway or just want to experience the unique beauty of some Anatolian rock formations, there’s something here for everyone. So go ahead, plan your trip today, and soon enough you can be checking off all of these incredible things to do in Cappadocia!